Hello and welcome to Black Minds Matter, a public course where we seek to raise the national consciousness about issues facing Black boys and men in education. My name is Luke Wood and I am a social scientist in the field of education. I am Vice President of Student Affairs & Campus Diversity and the Dean’s Distinguished Professor of Education at San Diego State University. I have the pleasure of serving as your professor for this learning experience.

In 2017, the first Black Minds Matter course was offered in response to the killing of Alfred Olango in San Diego. As with Michael Brown, Tamir Rice, Eric Garner, Sandra Bland and many others, Alfred was unarmed and killed by law enforcement officers.

Each session included commentary and featured guest speakers such as Ilyasah Shabazz, Patrisse Cullors, Jerlando Jackson, Tyrone Howard, and S. Lee Merritt. The course was streamed to an audience of over 10,000 learners across the nation. In 2018, a follow-up version of course called Black Minds Matter – Replay was streamed nationally. The replay version also included over 10,000 learners nationwide.

In the wake of the murders of George Floyd, Breonna Taylor, Tony McDade, Ahmaud Arbery and others, we received numerous requests to offer the course again. This time, Black Minds Matter will include two co-hosts – Dr. Luke Wood (returning) and Dr. Donna Y. Ford (new). Each course will open with commentary from Drs. Wood and Ford and then introduce guest speakers and interviewees who will discuss their perspectives on the education of Black students at all levels of education. 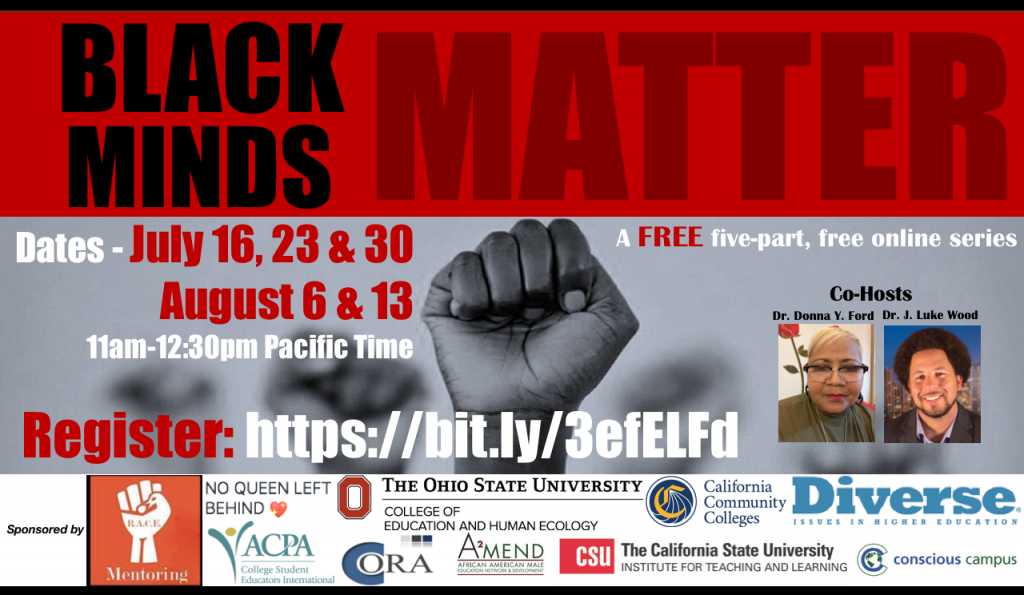 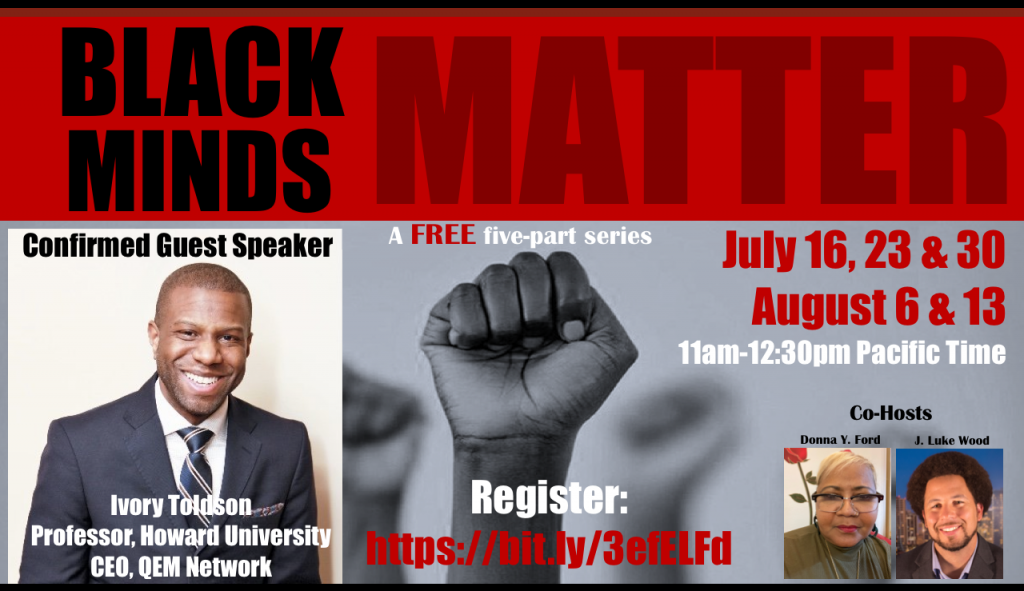 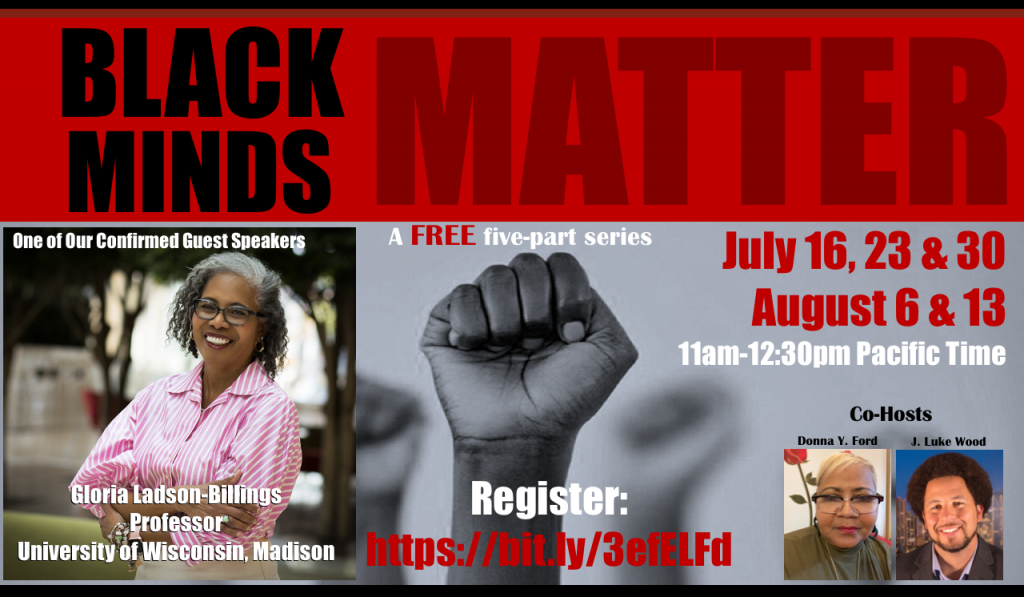 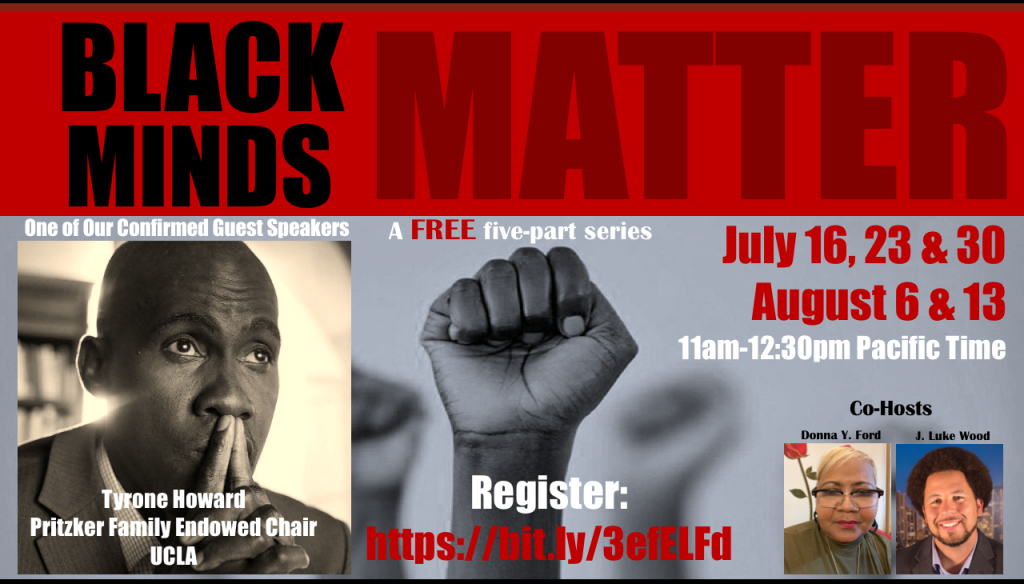 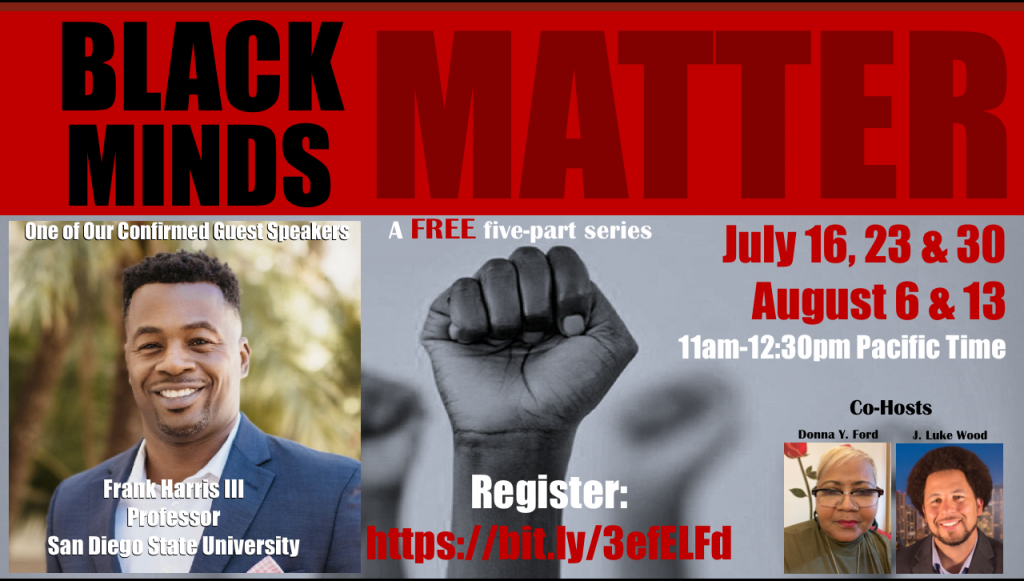 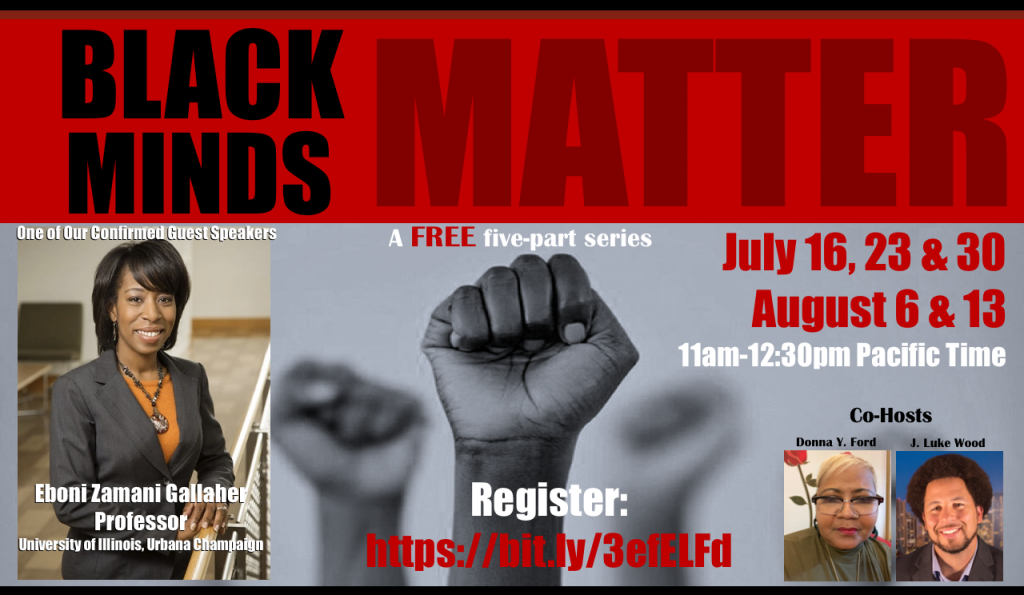 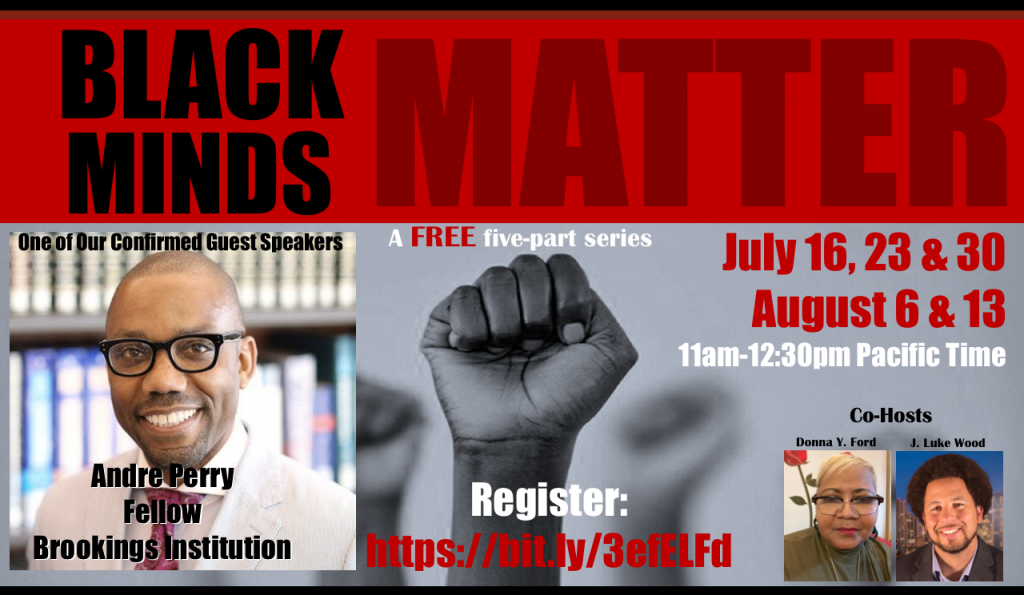 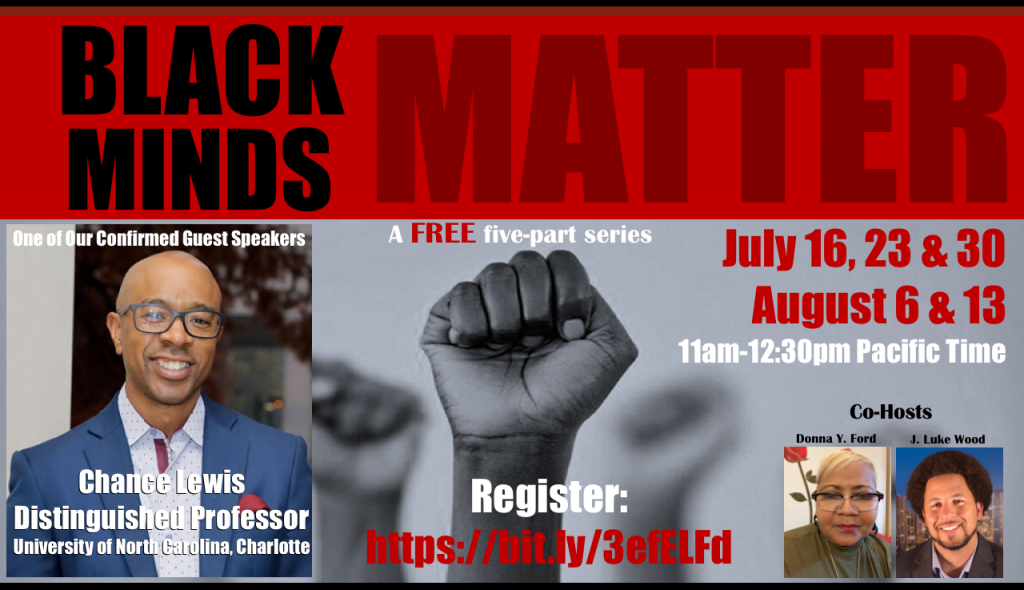